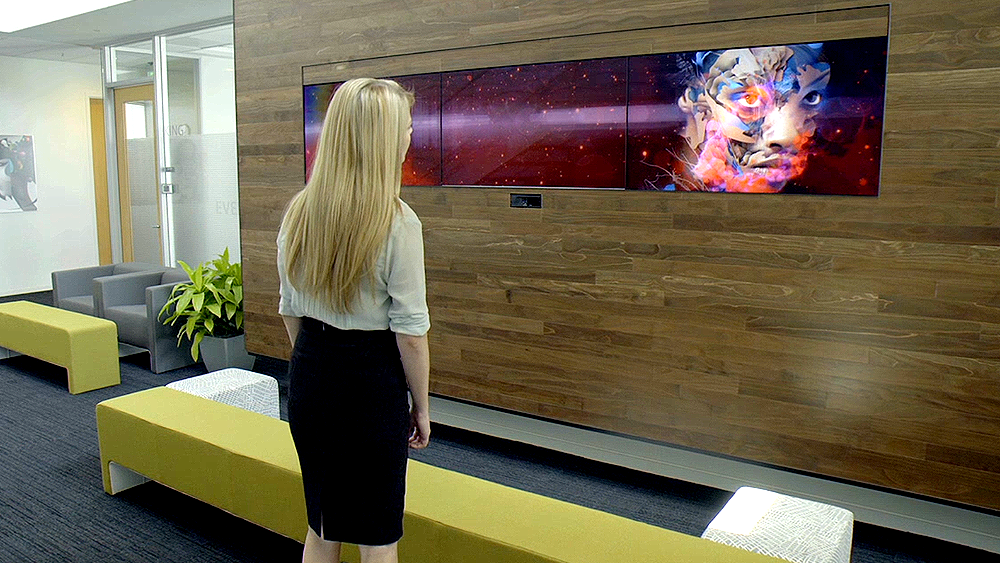 DID YOU KNOW?
Audiences Are More Attracted to Movement on Signs2 A study conducted by Intel demonstrated that animated digital content consistently attracted four to six times the number of viewers compared to the equivalent static posters. In addition, the exposure time was substantially longer, with viewers spending 50% longer (2.0 seconds vs. 1.6 seconds) looking at dynamic signs vs. static screens.2
(2. “A Report on a Field Trial of Anonymous Video Analytics (AVA) in Digital Signage.” Intel. http://www.intel.com/content/www/us/en/retail/digital-signage-core-ava-field-trial-paper. html. March 2011.)

Player hardware for a digital signage system purchased in 2013 is one-tenth the size it was a year ago, leading to lower costs.6 Overall costs for a 100-node digital signage network dropped 56 percent from 2004 to 2010, according to Wirespring Technologies7 and has continued to decrease since this report was published.

According to Precision Marketing co-author Sandra Zoratti, 50 percent of consumers disengage with brands because of irrelevance. However, when marketers take steps to target the right customers and be relevant to them, they see an average 2X return — as measured in response, revenue, or ROI.9

The same electronic educational content you develop for customers can be used to train employees — using the employees’ mobile devices — for additional cost savings. More importantly, having knowledgeable sales associates can increase customer satisfaction. In Motorola Solutions’ 2012 Holiday Shopping Study,11 nearly half of Gen Y surveyed shoppers felt better connected to product information than sales associates. Even among less tech-savvy Baby Boomers, one-third felt better connected than sales associates. Yet Boomers are four times more likely to increase their spending as the result of a helpful associate than by using selfservice technology, according to the study.